The attorneys at Ellis and Bryant represent people throughout Northeast Florida who have been charged with driving under the influence of alcohol or drugs. Our Jacksonville DUI lawyers understand the potentially significant consequences that may come with a DUI conviction and work aggressively to build strong defenses for the people whom we represent. This process starts right away, even before charges are filed in some cases. The earlier that our criminal defense lawyers get involved in a case, the better opportunity that you have to fight the charges against you. 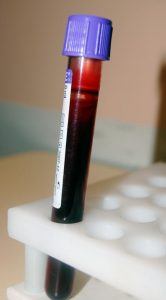 Florida law makes it illegal to operate a motor vehicle while impaired by drugs or alcohol. Police and prosecutors usually gauge impairment by measuring blood alcohol content (BAC). A person whose BAC is 0.08 percent or higher is considered impaired and faces DUI charges. A person charged with DUI in Florida may be subject to significant penalties if convicted, including fines, jail time, and the loss of driving privileges.

If you get caught for DUI for the first time in Florida, for instance, you may be looking at as much as half a year behind bars and as much as $1,000 in fines. You are also not going to be able to drive for at least 180 days. Some drivers may be eligible for a “hardship” license, allowing them to commute to and from work, but you need to complete DUI school before you are eligible. The consequences of a DUI get harsher for drivers whose BAC is 0.15 percent or higher, for drivers with multiple convictions, and for drivers who are involved in accidents.

This is not to mention administrative penalties imposed by the Florida Department of Motor Vehicles. In most cases, you only have 10 days from the arrest to make a decision about how to handle the DMV and the process for getting a hardship license. You will also see a judge within 48 hours of the arrest to set a bond. In some cases, you might be offered a plea deal at this first appearance. If you take the deal, you waive your right to fight the charges or attempt to negotiate a better offer with lower penalties. You should try to consult an experienced DUI attorney in Jacksonville before signing away your rights.

Also, there are the tests themselves. If you are pulled over by the police, the officer may ask you to participate in field sobriety exercises or roadside sobriety tests. The officer is looking for evidence that may ultimately be used against you. You should think carefully before submitting to testing.

Generally, a person who declines to take a breathalyzer test will have their driver’s license suspended for as much as 12 to 18 months, depending on whether they have previously been convicted of a DUI. Although the police are required to tell you about the suspension, they may not mention that you can challenge it in front of a judge. They also do not mention that the technology is sometimes flawed and may produce skewed results. Your attorney may be able to challenge the results in court if there is evidence to suggest that they are problematic.

Our knowledgeable attorneys have represented clients in hundreds of DUI cases. Partner Gary Bryant is a former Assistant State Attorney with an extensive criminal trial background. We understand the many options that may be available to help a defendant avoid or minimize the consequences of a charge. Our Jacksonville DUI attorneys represent residents of Jacksonville, Jacksonville Beach, Orange Park, Middleburg, and other communities in Duval and Clay Counties. Call us at (904) 551-4120 or contact us online to set up a free consultation with a lawyer. Our firm also can assist people who are seeking a divorce attorney or representation in family law proceedings.

How the Right Attorney can Help You
Contact Us
Practice Areas