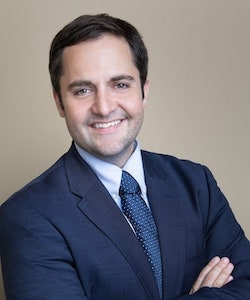 Gary TJ Bryant has always had a passion for helping people. In Law school, he volunteered at the Income Tax Assistance program and Three Rivers Legal Aid where he helped indigent clients with divorce and family issues. After graduating 4th in his class from law school, TJ Bryant served the citizens of Duval and Clay counties as an Assistant State Attorney for over six years. During TJ Bryant’s time as an Assistant State Attorney he handled complex criminal litigation including attempted murder, sexual battery, Trafficking in controlled substances, employee theft, DUI and other misdemeanors. When he left the State Attorney’s Office he was the Special Assault Division prosecutor for Clay county and handled all sex related crimes as well as crimes against children and the elderly. He gained an intimate familiarity with how the State Attorney’s Office reviews new cases and knows how to quickly identify potential weaknesses in the State’s evidence. Sometimes the Sheriff’s Office will arrest someone based on the testimony of only one or two people. Mr. Bryant can attack the credibility of those witnesses by subpoenaing phone records, social media and other evidence that may rebut the claims someone is making against you. For instance, in one case, Mr. Bryant used phone records and text messages to establish that the alleged victim had failed to report anything had happened until after she had been confronted by her boyfriend about her actions and Mr. Bryant used that to successfully convince the State Attorney’s Office to significantly reduce the charges that his client was facing.

Mr. Bryant uses his background in investigation and law enforcement to help his clients achieve success with family and divorce matters. In one recent case, Mr. Bryant utilized social media, and other investigative techniques to help develop evidence that the opposing party was abusing cocaine and used that evidence to initially achieve full custody of the children for his client and ultimately used it as leverage to negotiate significant limitations on the opposing parties time-sharing, including drug tests and counseling and a period of supervised visitation only. Mr. Bryant also has extensive experience working with mental health professionals from his time at the State Attorney’s office. In any case involving child custody, the Court may order what is called a Social Investigation. The Social Investigator will interview all parties and their witnesses and make a recommendation to the Judge regarding custody and time sharing with the children. Mr. Bryant has worked with dozens of psychiatrists, doctors, and other licensed mental health professionals as well as the Department of Children and Families (DCF) and can help guide you through this process and prepare you for what to expect. Judges will often give great weight to the recommendations of the Social investigator so it is very important to put your best foot forward and have an attorney with experience to guide you through the process.

As a former prosecutor, Mr. Bryant knows that an Assistant State Attorney is assigned to your case from the moment you are arrested and in some cases even before your arrest. Mr. Bryant takes a proactive approach and begins working on your case the day he is hired. You need an attorney representing your interests as early in the case as possible to present defenses and mitigation if possible before the prosecutor has even filed charges.